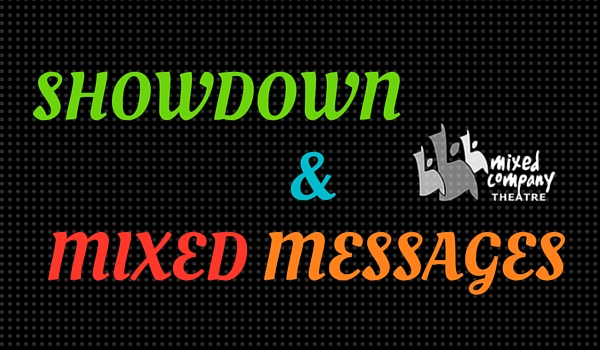 What is bullying and why has it been such an important topic for so long in schools? In 2012 Ontario became the third province in Canada to implement anti-bullying legislation. A study done around the same time by the Public Health Agency Canada revealed that nearly 20% of students report being bullied, while 40% of students report being both victims and bullies[1]. The Public Health Agency of Canada defines bullying as follows:

“Bullying is a relationship problem. It is a form of repeated aggression where there is an imbalance of power between the young person who is bullying and the young person who is victimized. Power can be achieved through physical, psychological, social, or systemic advantage, or by knowing another’s vulnerability (e.g., obesity, learning problem, sexual orientation, family background) and using that knowledge to cause distress.”[2]

The above definition expands our understanding of bullying beyond physical violence; it looks at the deeper power dynamics between and among youth, and the numerous ways through which power is achieved. The organization Promoting Relationships & Eliminating Violence Network (PREVNet) states that bullying rates in Canada are higher than 2/3 of OECD countries, and the bullying doesn’t stop when students leave school. Some more facts from PREVNet include: Over 1/3 of Canadian teens have seen cyberbullying take place, 1 in 5 teenagers now report being victimized electronically, and 80% of teens have seen racist or sexist content online.[3] What this data reveals is that bullying is a complex problem that requires a dynamic approach and solution. 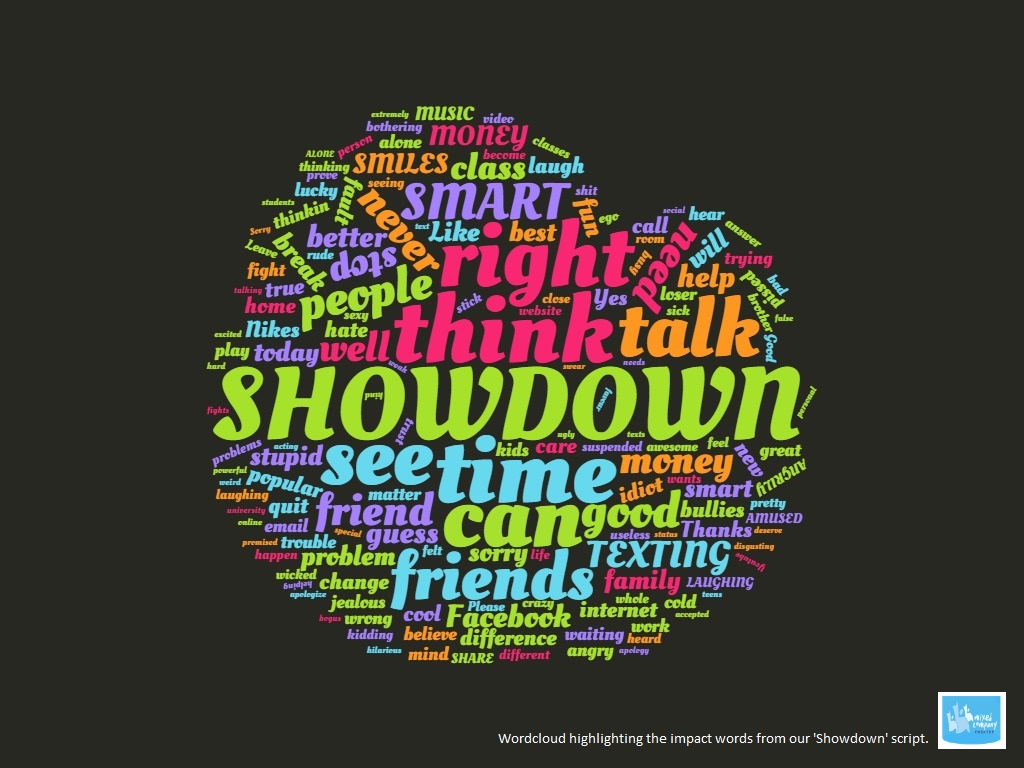 In 2002 the idea for Showdown began with Simon Malbogat, the Artistic Director at Mixed Company Theatre, as he delivered workshops to schools in North York, York, and Scarborough. Through his work with these schools, Simon realized that bullying was not only a common issue, but also a daily occurrence in the lives of students. He decided to work with students and teachers to create a show and workshop, using Forum Theatre to address issues of physical and emotional bullying, isolation, manipulation, and bullying between genders.

MCT applied to Crime Prevention and received funding to create and perform the workshop and show. Support from such a well-known organization helped Mixed Company Theatre to build trust with school communities, and raised awareness about the efficacy of Showdown. The Toronto Catholic District School Board (TDSB) heard positive reviews of the production, and helped bring it to more classrooms, through the provision of subsidies. Other school boards also started to request the show. Simon had hit upon crucial social issues through listening to the needs of the schools, teachers, and students, and Showdown was in demand, and was eventually seen by over 350,000 students and educators.

This ability to pay attention to the needs and feedback of students and teachers led to a turning point for Showdown in 2011. The internet and online social platforms were quickly becoming new places for bullying to occur. Mixed Company Theatre realized that Showdown was not keeping up with this shift and would soon be outdated if the company didn’t adapt. Thus was born Showdown 2.0, an updated version of Showdown, which included technology and ways of dealing with cyberbullying.

Through the positive reviews and feedback about Showdown, and our amazing funders and partners like Crime Prevention and the TCDSB, Mixed Company Theatre was able to tour two versions of the show: one version for younger grades, and another version for secondary schools. In 2009 The Bullying Show with Morro & Jasp was also developed to respond to the need for an anti-bullying show for students in Grade 2-5. Through these shows, we were able to reach audiences of over 30, 000 per year from 2004 to 2014. With the funding received through Crime Prevention, Mixed Company Theatre was able to add the production and aesthetic values which gleaned a DORA nomination.

Showdown wasn’t born solely from Simon’s experience giving workshops in various school districts; Simon was personally affected by bullying. More specifically, his son experienced physical and psychological bullying at school. Simon did what any parent would do: he went into the schools and spoke with his son’s teachers. His teachers promised to deal with the situation, but the bullying persisted. Simon then reached out to the principal to help put an end to the bullying, and separate his son from the bully. The teachers and principal did little to help, and his son continued to come home bruised, bleeding, and defeated.

This is when Simon realized that he had to take matters into his own hands. The school system wasn’t addressing a serious issue, and continued to place his son in harm’s way. Simon wrote letters to the head of the district school board, the trustee and superintendent of the board, and anyone that would have more power to help his son, and ensure that bullying would be taken more seriously within the education system. Despite the fact that the principal did not take drastic actions to resolve the bullying, Simon was admonished for going over her head, and it took five months before the principal dealt with the situation. People eventually started to listen to Simon’s plight, recognize the broken chain of care within the education system in dealing with physical and psychological bullying, and see its impact on those that fell victim to the violent behavior.

People started speaking up about their own experiences with bullying in their schools, from teachers and guidance counsellors to students, principals, and politicians. This input from principals, teachers, students, the mayor, and other leaders, all catalyzed the development of Showdown, Showdown 2.0, and Mixed Messages. It also ensured that Mixed Company Theatre was continually aware of their audience and adapting to changing needs and issues.

Now that the demand for Showdown and our more recent production Mixed Messages is waning, how will Mixed Company Theatre adapt to our audience? We know that it is still necessary, more than ever, to teach our kids the difference between coercion (bullying, manipulation, and rape culture) and consent, as well as the difference between the escalation and de-escalation of a situation. We know that in the past a Forum Theatre play, followed directly by an interactive forum and intervention session has really resonated with teachers and students alike. But what changed and how can we adapt to the shifting demands for the educational curriculum, especially in a time where it seems like mental health is taking centre stage? From the research mentioned at the beginning of this article, it would be fair to say that mental health is without a doubt part of the complex issue of bullying, and thus was born our new school tour, Half Full. No matter which issues are in vogue, whether bullying, consent, or mental health, one thing is for sure: Mixed Company Theatre’s approach using Forum Theatre will always lead to positive engagement and dialogue on how to create positive social change.

“Showdown provided a unique opportunity for staff to have fun while they learned and engaged with the topic of violence, in a credible and realistic manner. Showdown’s ability to provide hope and positive solutions for the very complex problems of violence and bullying was heartening, and clearly emphasized the resilience of youth. The material was all the more poignant presented through the voices of youth, challenging the audience to consider the experience of violence and bullying from the youth’s perspective.”

“I have been able to use Mixed Company presentations, and some materials from your teaching guide, to continue to use lessons from the story, and make students think about their own lives and involvement with peer pressure. My students loved the performance and were very much engaged.”

“It was a pleasure having Mixed Company Theatre perform at Riddell. They were able to successfully plan and implement an anti-bullying performance that included all of the key messages and strategies for dealing with bullying. It was an interactive presentation with students participating and problem-solving throughout the performance. It was Grades 4-6 age-appropriate and connected very well to discussing our own school climate and how all of us have a responsibility to make Riddell the safest place to learn and achieve our full potential.”