Below is our directory of staff, associate artists, board members and volunteers. 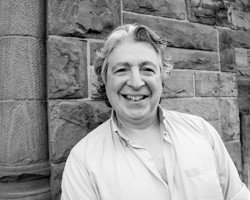 Simon Malbogat has been a key player in Canada’s popular theatre scene for over 25 years now. He has studied with the greatest contemporary popular theatre practitioners (Augusto Boal, Jerzy Grotowski, Eugenio Barba, Yoshi Oida) and blended Forum Theatre with the Sweet Medicine Teachings (SMT) of the Deer Tribe Metis Medicine Society for an innovative theatre and teaching approach.

Simon has directed and acted in over 50 new Canadian works, many of which many are now seen as important benchmarks in the development of Canadian theatre. He has played key roles in numerous plays by the Chalmer’s award winner Rex Deverell; David Fennario’s On The Job, Nothing to Lose, Banana Boots which won the Montreal Gazette’s Best New Play and Joe Beef which won the Pauline Julienne Award; George Walker’s Criminals in Love; and Michael Glassbourg’s Bad Apples.

Simon has provided workshop creation, direction and facilitation for young people ages 14 to 18, resulting in over 40 theatre forums plays. Other youth group projects have involved the Community Initiative Project, Dovercourt Boys and Girls Club, the East End Community Health Centre, the Sears Drama Festival for Youth, the Social Planning Council of Peel and the Toronto West End Community. International workshops for youth have taken him to the United Kingdom, the Netherlands, and Ukraine on three separate occasions.

Teaching credits include The University of Toronto, York University, Humber College, Queen’s and Brock University. In 1997 Simon created The Ripple Effect: 8th International Festival of the Theatre of the Oppressed which presented 450 artists from over 22 countries. He also produced The Open Stage Toronto Theatre Festival, The Canadian Popular Theatre Alliance Festival and From the Ground Up: The National Festival of Canadian Theatre. 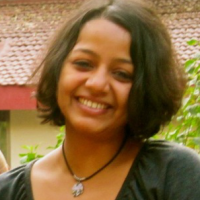 A computer engineer by training, Swetha discovered her passion to work with communities towards creating social change, in 2010 in India. After attaining a Master’s degree in Social Entrepreneurship, she went on to co-found Apni Shala Foundation with the vision to integrate social and emotional learning programs into the Indian school curriculum. Trained as a Theatre of the Oppressed facilitator, Swetha is passionate about creating participatory and collaborative learning platforms that could change the way individuals and communities think about self-development. She has worked extensively with children, youth and teachers in this context.  She also the challenge of creating systems and structures to help strengthen non-profit organizations. Swetha is currently the General Manager at Mixed Company Theatre.

Maranda graduated from York University in 2019 with a Bachelor’s Degree in Theatre where she specialized in Devised Theatre and Playwriting. After graduating, she decided to learn more about the administrative aspects of the arts so she completed a post-graduate certificate in Arts Administration and Cultural Management at Humber College. A highlight of her studies was co-creating with her classmates a public resource entitled “Let Me be Perfectly Queer: A Guide to 2SLGBTQ+ Inclusion in the Workplace for the Performing Arts.” Though her first passion is theatre, Maranda has worked in other artistic and cultural disciplines such as teaching children’s classes at the Visual Arts Centre of Clarington, and completing internships with The Power Plant Contemporary Art Gallery and the Lakeshore Grounds Interpretive Centre earlier this year.

Our Board of Directors enables Mixed Company to achieve its strategic goals.
If you’re interested in joining the team please contact General Manager Swetha Ranganathan at swetha@mixedcompanytheatre.com.

Thank you to our amazing cohort of interns and volunteers whose commitment and hard work ensured we reached our annual programming and fundraising goals!